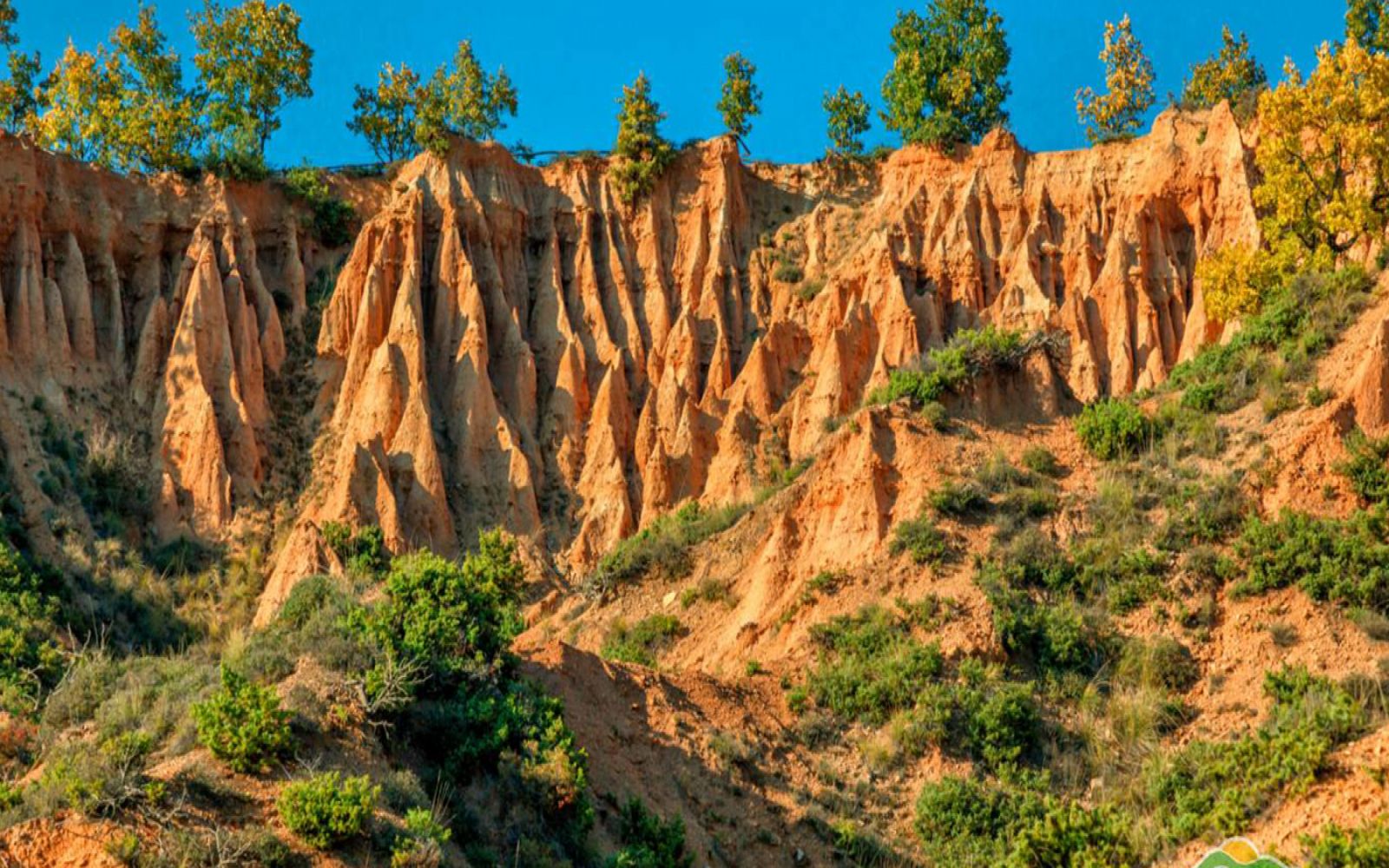 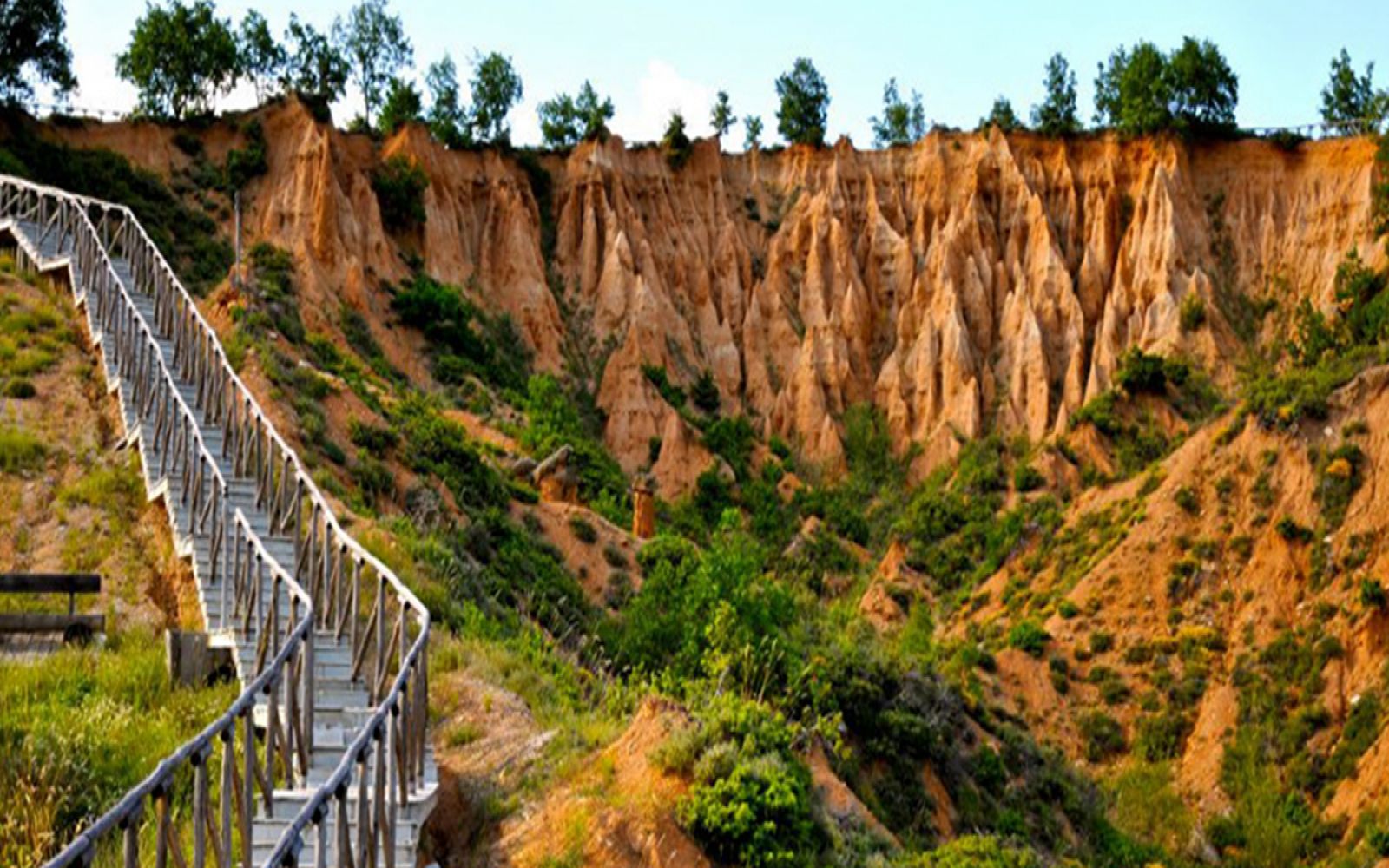 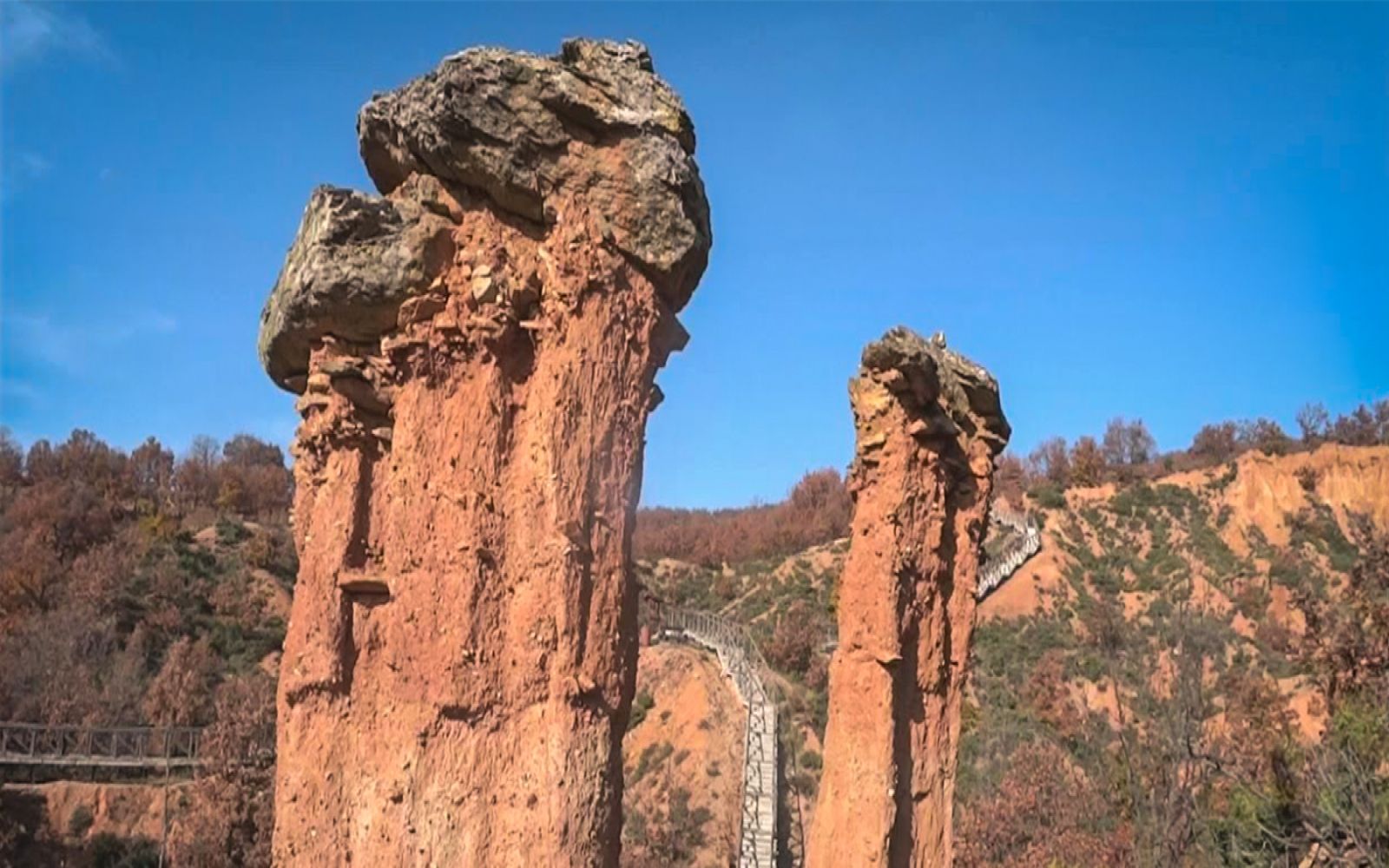 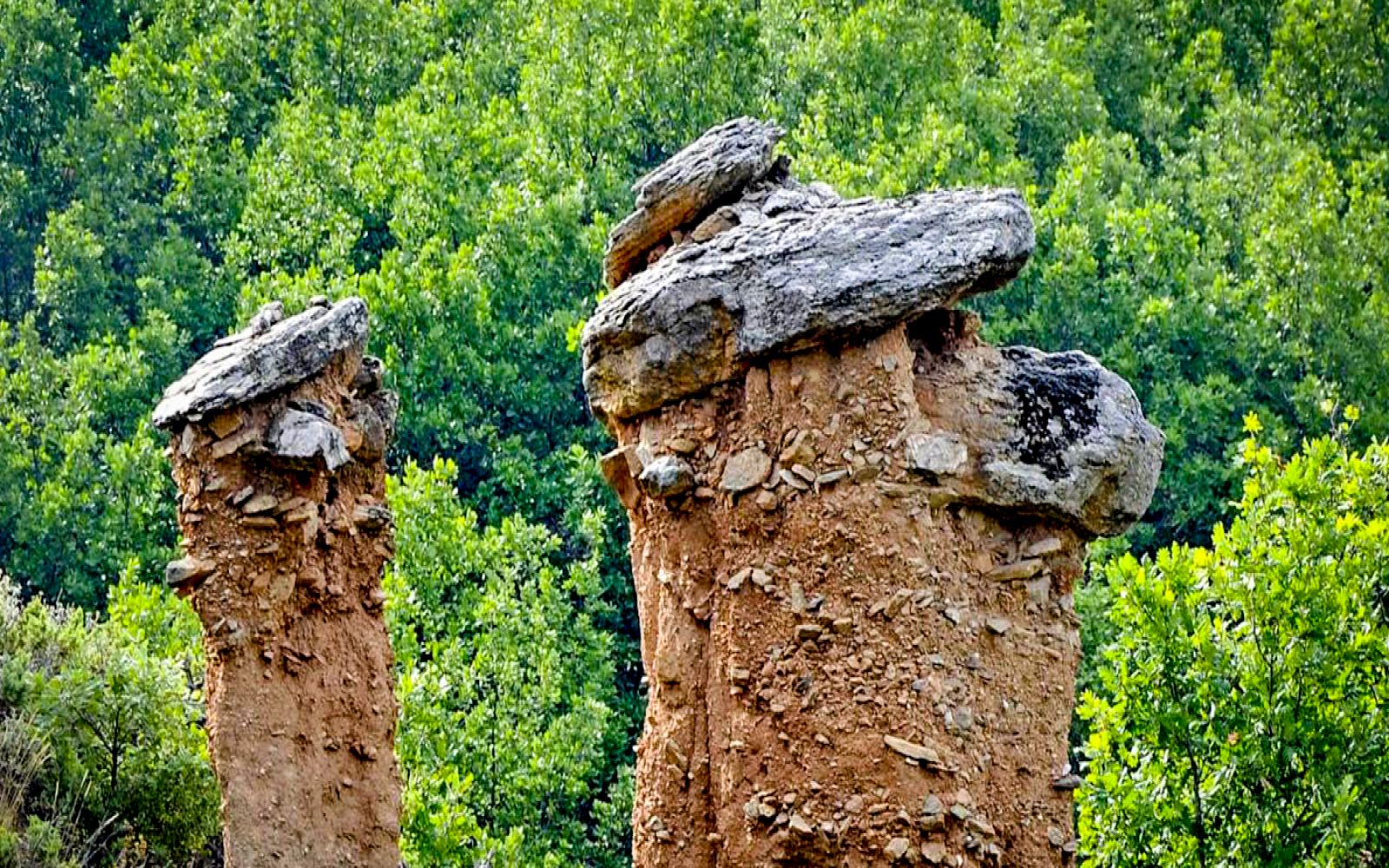 The impressive phenomenon of the geomorphological formations "Boucharia - Nokhtaria" 40 kilometers south of Kozani, has been attempted to be interpreted by various myths. They are in fact natural formations, which came from erosion of the soil that began 70,000 years ago. The "Bukharies" have the shape of an earthen column, consisting of sand, crocodiles, marls, clay and possible adhesive made of iron oxides and silicon dioxide, according to a recent report from the University of Athens. The top of these columns is covered by a slate rock, which played the role of the umbrella in the evolution of the formation. Their number exceeds twenty, while their height starts from two and reaches six and seven meters.

The name of the site "Boucharia" comes from their shape, since "boucharia" in the local dialect means chimney. Also of interest in the area are the conical formations, namely the "Noctaria", which resemble small pyramids. "Notcharia" is of the same origin and texture as "Boucharia", but without the slate hat. They extend along the stream of Potamia, on the border with the Livadero region. The first image created by the visitor is particularly striking as they are captured in their own form. The inhabitants of the area gave various characteristic names to these formations, such as "Atlants", "Caryatids", "Guard", etc.

Their diameter ranges from half to two meters. Their top is covered with slate slabs, which is also their cause. Pyramid formations form the Noctaria, which extend 1.5 kilometers, creating a stunning forest of bursts of varying sizes. According to geologists, the formation of "Boukari" began 70,000 years ago. Following the trail and guiding and accompanying the small stream, the visitor can cross this huge geopark and after about two hours end at Bogopetra, in the historic church of Agia Paraskevi.

The "Boukari" approach is achieved by the asphalted road (2.5 kilometers) that leads to the microwave. 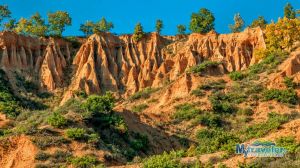 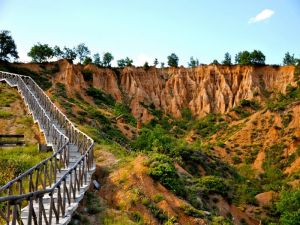 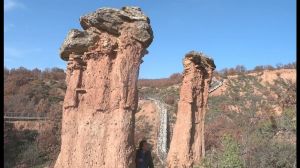 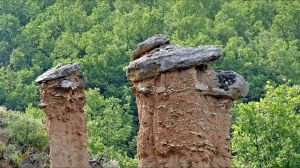