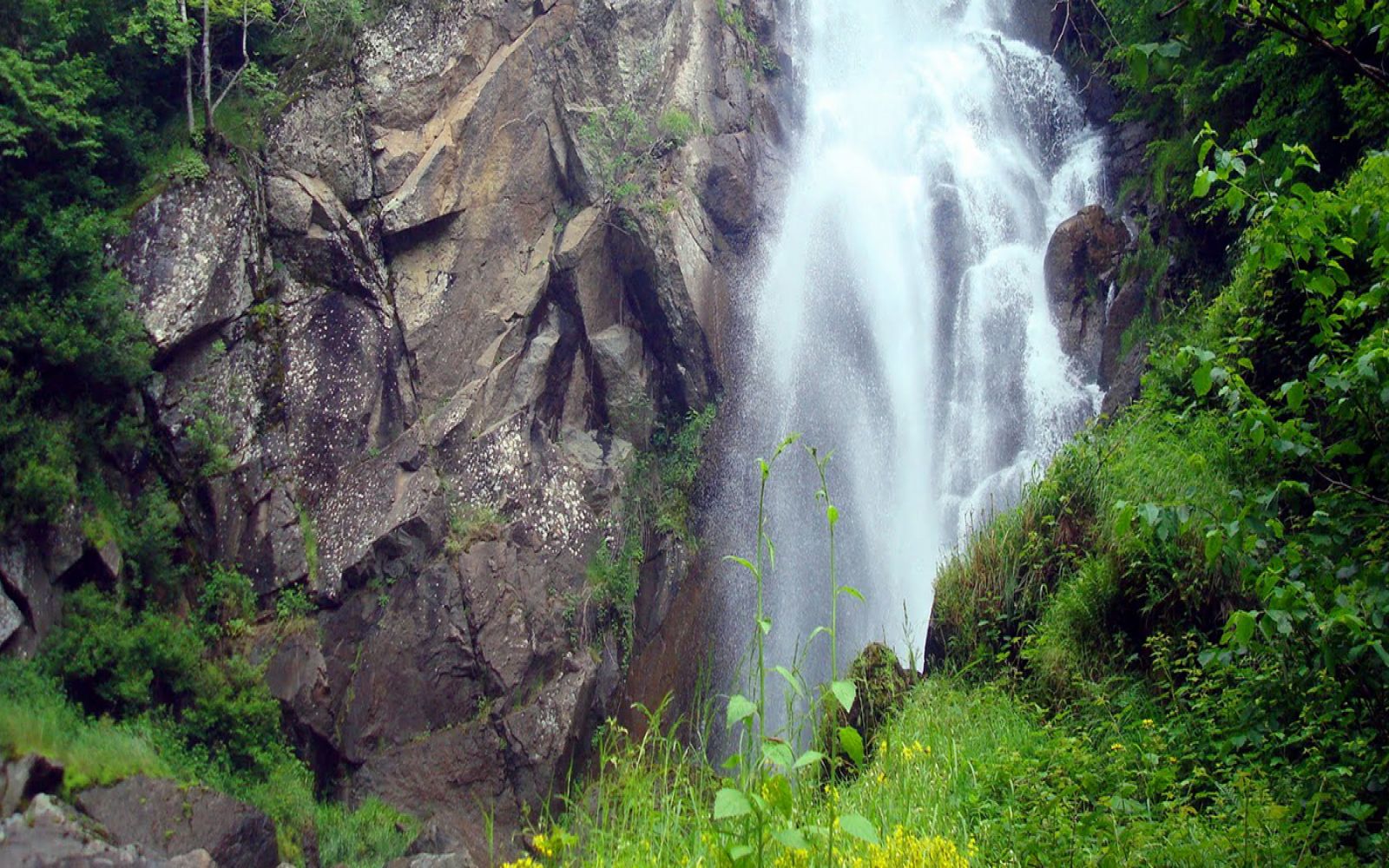 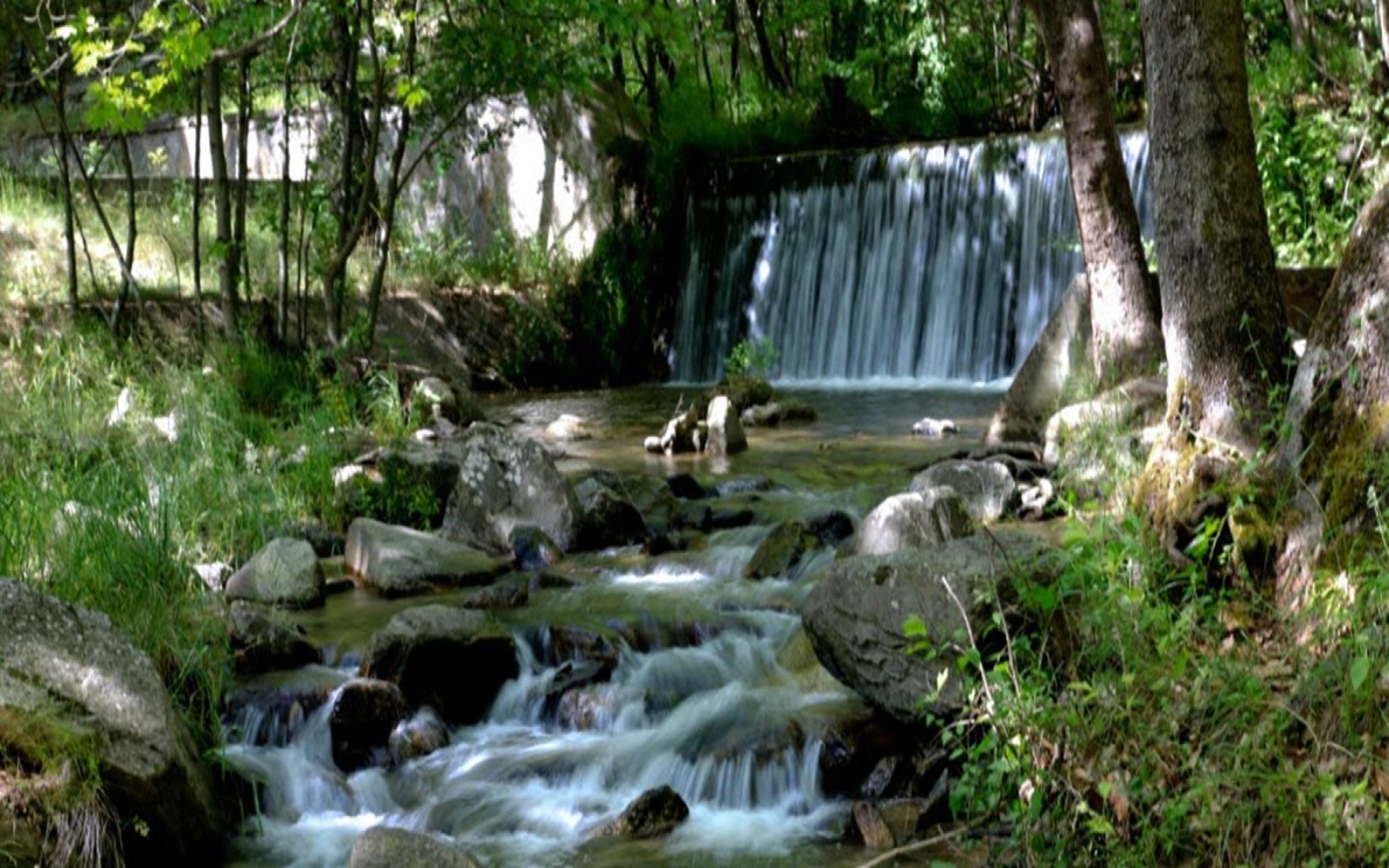 At the foot of the West Pieria and at the entrance to the Lafista stream (otherwise Laforema), which starts from the Refuge and flows into the Polyfytos Artificial Lake, 2.5 kilometers from Velvento, is the "Nine Pier" Gorge or Muses. Covered. " The area was thus baptized because of a point where the stream is covered by the earth. The "Covered" is a landscape of exceptional natural beauty, with waterfalls, natural ponds and impressive rocks. From the newly formed wooden "observatory", one can enjoy the view of the first triple waterfall, 25 meters high.

There is a special park area, which was designed to accommodate events or concerts. The visitor can descend the waterfall, from a path of special difficulty, seeking its end. For extreme sports lovers, the descent can be done by ropes and through the waterfall itself. From the area of the park, one can also reach the top (riverbed) of the canyon, high above the first waterfall, meeting small natural lakes, covered by age-old plane trees and other native trees. Somewhere there he will also discover the dance floor, which was formed in the 1950s by the older Belgians, with the aim of having fun there with their friends. The most adventurous visitors can continue the ascent to the gorge, following the old path to Katafigi. This route, beyond the magic of the ascent, conceals small surprises such as ten more waterfalls, small and larger, about twenty ponds, and relics of old watermills.

In contrast, on each side of the slopes the vegetation is full of: deciduous shrub, anchovy, frankincense, coconut, goldenwood, hawthorn, log, oak, along with evergreen shrub, silt, shrub. The natural continuity of vegetation is interrupted by small rocky outcrops or eroded surfaces of steep slopes, in the higher parts of the area. The waterfall is the most striking element, being properly visible from existing paths. 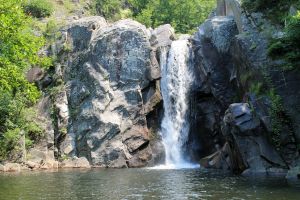 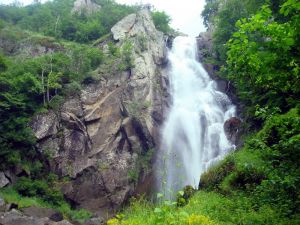 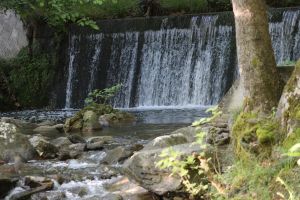 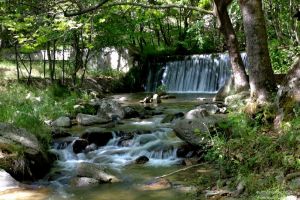